See all the places of the Holy Land/Israel from the bird’s eye view and make the best of your valuable time and see so much more. Travel with style without standing in a single line and enjoy the views previously reserved only to God. Turn this trip into an un-forgettable EXPERIENCE! After this thrill you will wonder how you managed without it till now.

We offer either custom made tours and transfers or our ready made and proven “Winning Air Tour Packages”. Explore how you can really add some pep to your special events and occasions.

Duration of tour: 1 Hour and 20 minutes

Take off from Tel Aviv and departure eastwards.
Fly above the “green line” (the border of Israel prior to the 6 day war ; the line where vegetation stops) into Samaria.
Approach Jerusalem and circle the old city walls, seeing the Temple Mount, Wailing Wall, Mt. Olives and Mt. Scopus.
Continue to Western Jerusalem and see from above the Knesset and the Israel museum and Shrine of the Book. Return flight. 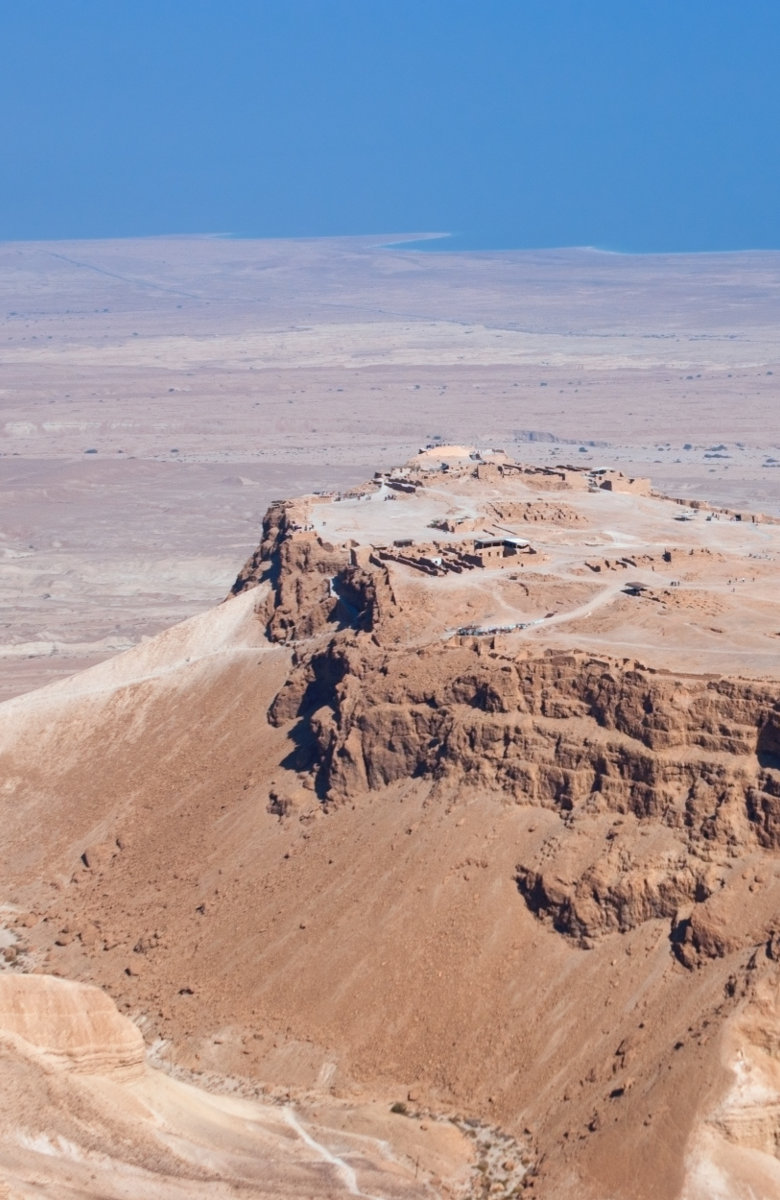 Call of the Wild

Duration of tour: 2 Hours and 15 minutes

Same as "Heavenly Jerusalem" with an extension into the Judean Desert.
Descend and see from afar the lowest and oldest city in the world: Jericho.
After seeing this magnificent Oasis in the desert, continue on the shore of the Dead Sea past Ein Gedi Nature reserve and on to Massada.
Overfly this historic fortress (or even land in the nearby strip*) and return via Herodium (if permitted by air traffic control) and then back to Tel Aviv. 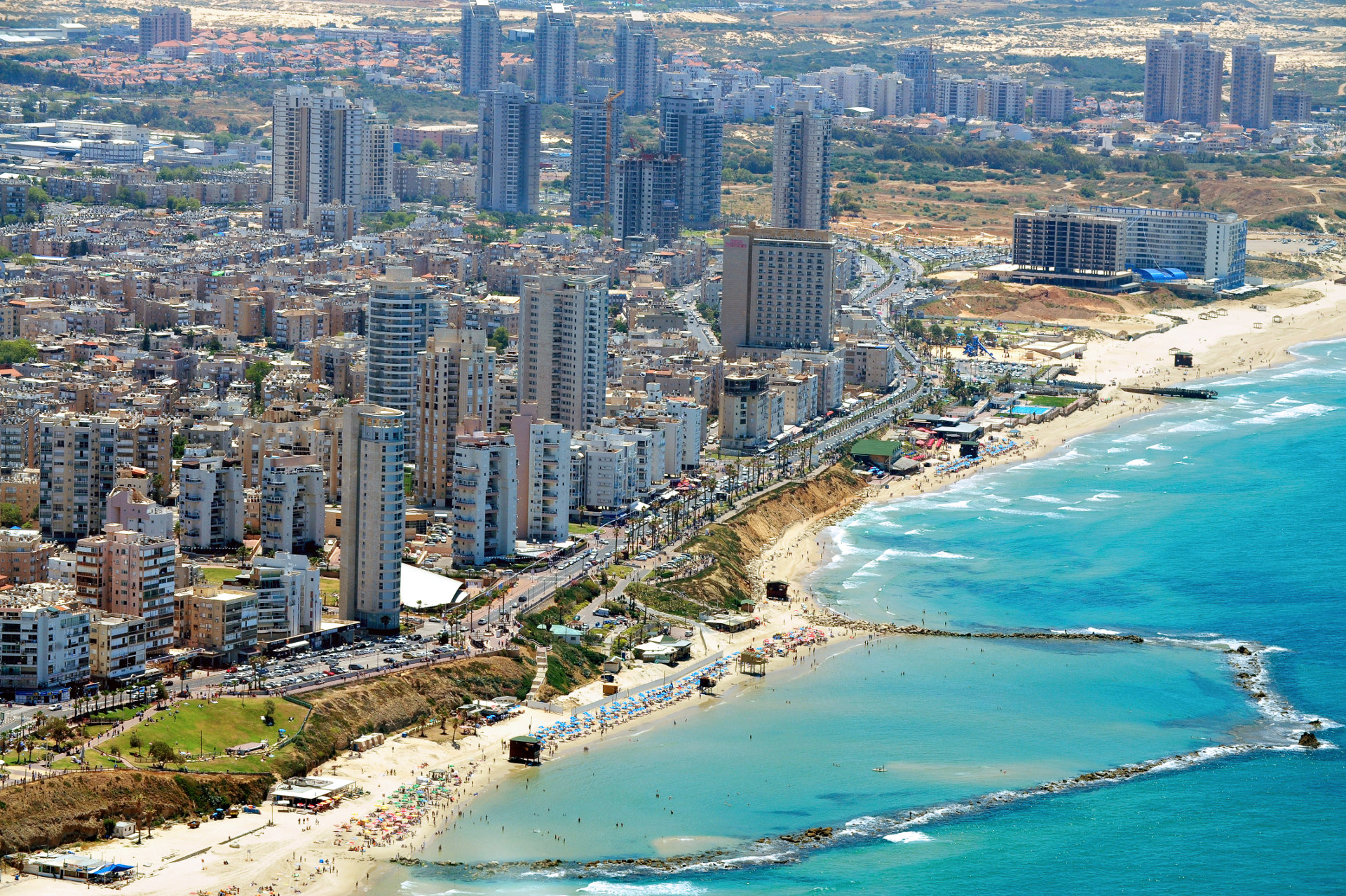 Duration of tour: 2 Hours and 20 minutes

Departure Northwards on the shores of the Mediteranean sea.
Fly low and see the beaches and coastal cities.
View the magnificent Herodian Theatre in Caesaria and Israel’s largest power plant. See the great water aqueduct built by the 10th. Roman Legion.
Continue on to the archaeological excavations at Dor and from there past a crusader fortress at Atlit.
View the splendor of Mt. Carmel, Haifa bay and port, Old Akko (also known as St. Jean D’Acre) and it’s picturesque moat, marina and mosques and continue till the border of Israel with Lebanon where you will be able to appreciate the strength of mother Nature that carves with the waves magnificent grottos in the rock at Rosh Hanikra.
Return flight will be about 5 kilometers inland where you will see several vilages, the city of Haifa and the lush Sharon area. 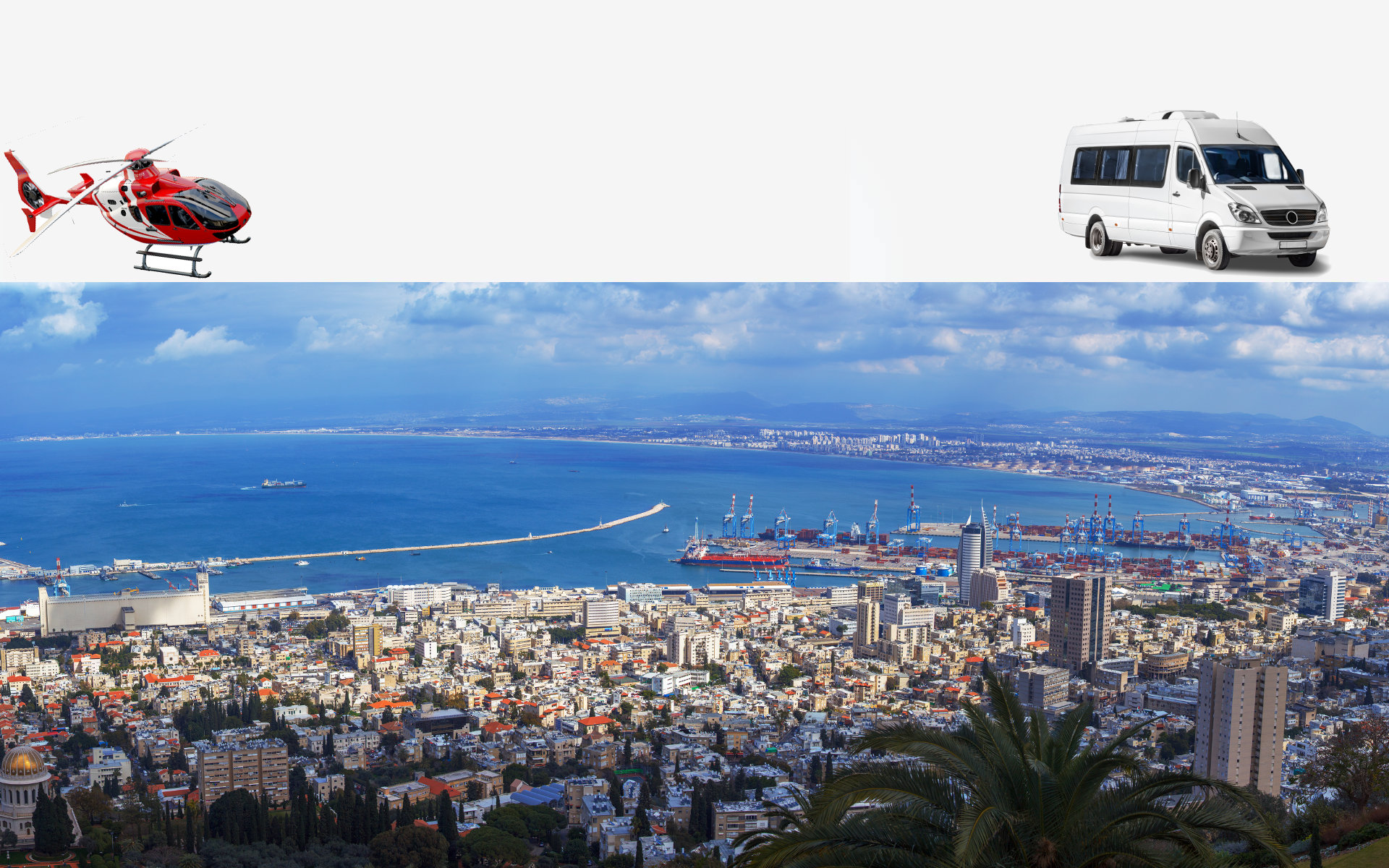 The Jewel in the Crown

Same as "See the Sea" until Akko and then on towards Nazareth, city where Jesus grew up.
From Nazareth on to Mt. Tabor (also known as Mt. of Transfiguration) where we will see the beautiful church at the top.
Thru the Jizrael Valley on to Tiberias and the Sea of Galilee.
From there to the Golan Heights (see how threatening they are from up there) and on to the Jordan River outlet southwards.
Flight inside the Jordan Valley (a scar on the surface of the earth result of the Afro Syrian rift) on to Beth Shean.
From there we will fly into a small landing strip next to Beth Alfa for refueling and comfort stop.
After we take off again we continue south in the Jordan valley overflying Jericho, Ein Gedi and Massada.
We will then start climbing back towards Jerusalem and finalize this grand experience with a view of this timeless city.
Flight back to Herzeliya.

The bigger brother from Robinson’s plant that carries three passengers.
Call for price*

The most widely used helicopter in the world. Used for tourism and photography and can accommodate up to 4 passengers.
Call for price*

The big brother that can carry up to 6 passengers.
Please call for rates and availability. *

The latest addition of the Bell family. Luxury is thename of the game. Fully air-conditioned, leather interior and even a bar. 6 passengers.
Please call for rates and availability. *

Comfort and speed combined with the additional safety of a second engine. 5 passengers
Please call for rates and availability. *


* All the Helicopters are based in the Center of the country so all flights are charged from helicopters’ base to helicopters’ base in the Tel Aviv area. Prices are per flight hour (start-up to shut-down). Wait time is calculated on 15% of flight time per hour. If landing in any off-airport site ,we are required to provide a landing crew to make sure the embarcation and debarcation is done according to our strict safety measures. Landing crew fee is an additional $250.00 per site/per day.